The exhibition "proud walls" thematizes the relationship of Richard Wagner to architecture. The visitors experience the former living and working places of the composer from today's perspective. 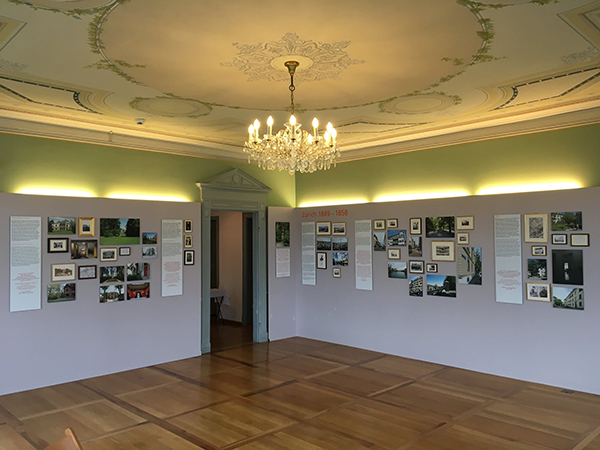 The exhibition is based on the recently published book "Proud Walls - Wagner Sites in Zurich, Lucerne, Tribschen and Venice". For the first time, all of Richard Wagner's residences are described in detail. In the Hotel Schweizerhof in Lucerne in 1859 Wagner completed his work Tristan. By his own admission, he spent his happiest years (1866 to 1872) in nearby Tribschen, in today's Richard Wagner Museum. His place of residence in Zurich is also illuminated with a view to Wagner's development in the history of music. Venice as a place of longing inspired the composer in a special way. 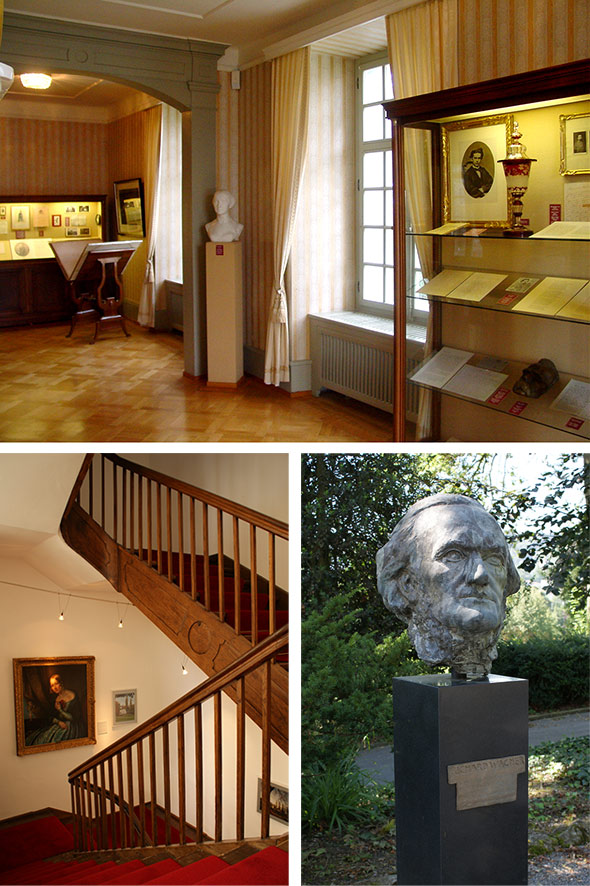 This exhibition highlighting the life and work of Richard Wagner is on the ground floor of the museum. A collection of historical photographs and paintings are on display in five rooms, as well as a precious collection of original manuscripts. The exhibition also features memorabilia from Wagner, including items of his clothing and furniture, the famous cast-bronze Wagner bust by Fritz Schaper and the true gem of the collection: his Erard grand piano from Paris, dating from 1858.

The musical score to the "Siegfried Idyll" is one of the most important exhibits on display here. Richard Wagner composed a serenade transcribed with "Tribschener Idyll" for his wife Cosima on her 33rd birthday. It premiered on the stairs in the Tribschen manor on 25 December 1870. Cosima was thus awakened on her birthday by the gentle sound of the "Idyll".

The exhibition veritably comes alive with a public guided tour and concert on the Erard grand piano.